Here he is at last the finished Elephant! 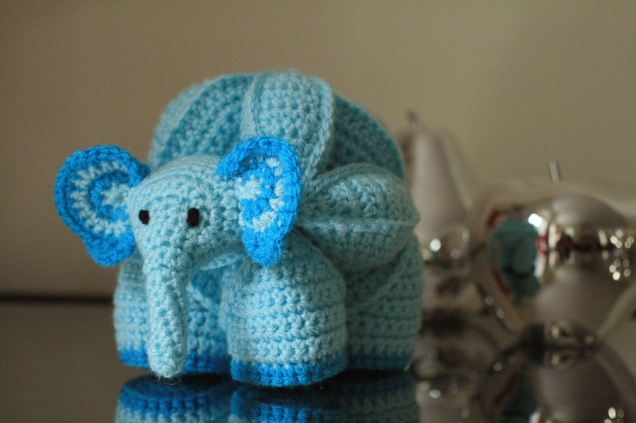 I have to admit that I have rather mixed feelings about him, he certainly has not been the easiest of makes. I found the pattern quite tricky to follow but I am not sure if some of this was in the translation. Has anyone else made him? If so I would be interested to hear how you found it. Maybe I was just having a bad week!!

Anyhow he is done now and I thought you might like to see all the bits that make him. The principles are the same as the other Amish ball puzzles, made up of three rings. Two leg section. 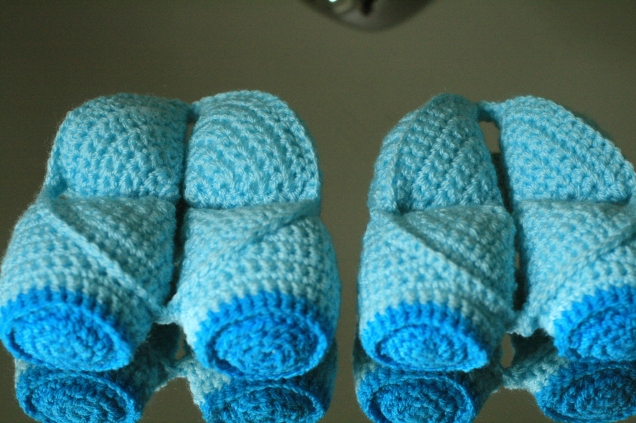 And the third section hosts the head and tail.

Here are all the parts together in a collapsed heap. 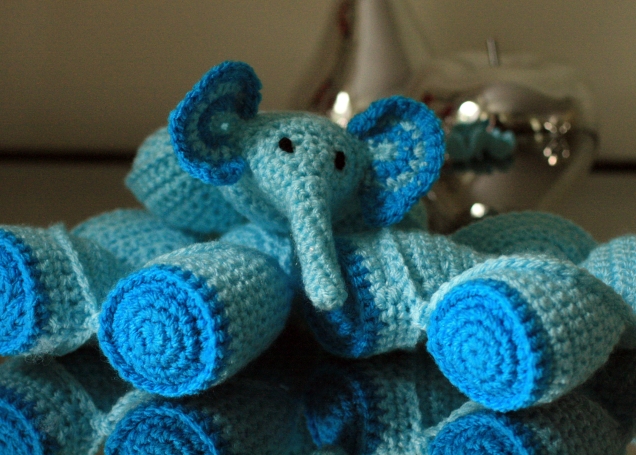 I got a little disheartened and confess that he stood eyeless and without his tail on my mantlepiece for a week until my eldest daughter came home at the weekend for a visit. She was rather taken with him and gave me the encouragement to spend the required 10 minutes to finish him off, so on went the eyes and the all important tail. 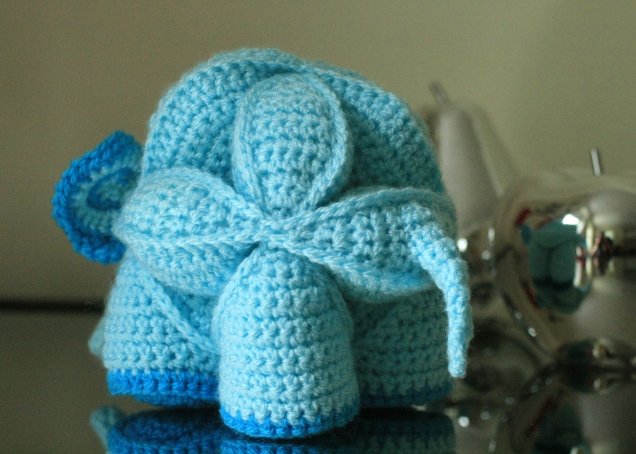 He has started to grow on me and I love the idea of a crochet toy that has an interactive measurement to him, kiddies can take him apart and build him up again. I have thought about making a couple more, maybe a hippo and a giraffe so you could mix them up and make a giraffaphant an elippo or a hipporaffe.

If you fancy having a go you can buy the pattern for £2.00 on Ravelry, it is another from the Dedri Uys collection. 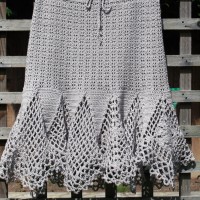 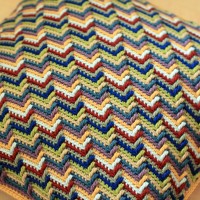 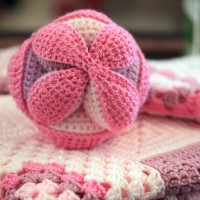 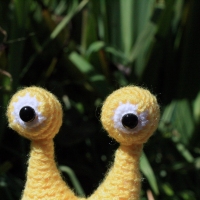 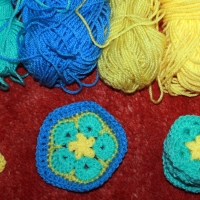 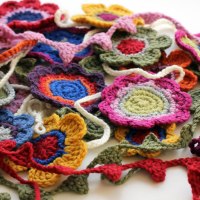 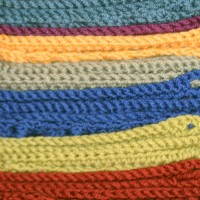 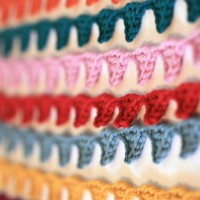 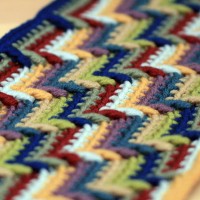 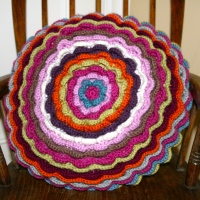